Home > Apocrypha > The Traditions of Matthias

The Traditions of Matthias 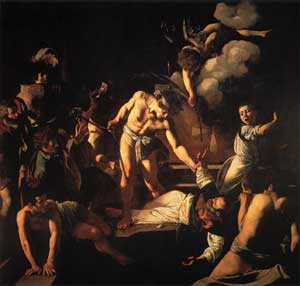 Information on the Traditions of Matthias

The Traditions of Matthias, also known as the Gospel of Matthias, is known only from a few quotations provided by Clement of Alexandria.

The extent and genre of the Traditions of Matthias is uncertain. Clement's citations from it are brief hortatory sentences (Strom. 2.9.45; 3.4.26; 7.13.82). But if Strom. 4.6.35 is derived from the same source, then the work may also have contained some narrative material about Jesus. The quotations are not overtly gnostic, but according to Clement (Strom. 7.17.108) teachings of Matthias were used by Basilideans and perhaps other gnostic groups. According to Hippolytus (Haer. 7.20.1) Basilides and his son Isidore claimed to have learned from Matthias 'secret words,' which he had received in private teaching from the Savior.

Traditions of Matthias probably was composed in Egypt in the first half of the 2d century. It sometimes has been identified with a work called the Gospel of Matthias, but there is too little evidence to decide this question definitively (NTApocr 1:312). The earliest author to mention a Gospel of Matthias is Origen (hom. I. in Lc.), whose information is repeated by Ambrose and Jerome. Eusebius (Hist. Eccl. 3.25.6) mentions it together with gospels of Thomas and Peter. He describes them as works which were composed by heretics, but which nonethless were known to most writers in the early Church. The Gospel of Matthias is also named in lists of heretical works: the Decretum Gelasianum, the Catalogue of the Sixty Canonical Books, and a list in the Samaritan Chronicle No. II of false books allegedly used by Nazarene Christians.