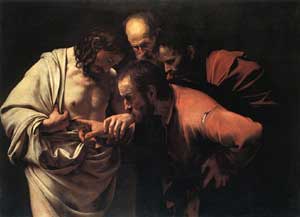 Information on the Acts of Thomas

Pseudepigraphic text which relates the adventures of the apostle Judas Thomas as he preaches an ascetical or encratite form of Christianity on the way to and from India. Like other apocryphal acts combining popular legend and religious propaganda, the work attempts to entertain and instruct. In addition to narratives of Thomas' adventures, its poetic and liturgical elements provide important evidence for early Syrian Christian traditions.

Attridge writes about the attestation to the Acts of Thomas (op. cit., p. 531):

The major Syriac witnesses (B.M. add. 14.645) dates to 936 C.E. the earliest Syriac witnesses to the text, a fragmentary palimpset (Sinai 30), dates from the 5th or 6th century. The major Greek witnesses (Paris. gr. 1510 and Vallicel. B 35) date to the 11th century, although there are partial Grek witnesses dating from the 10th. Some form of the work was clearly in circulation by the end of the 4th century when testimonies begin. Epiphanius (Anac. 47.1 and 60.1.5) records its use by Encratites. Augustine (de serm. dom. in monte 1.20.65; c. Adiamantium 17; c. Faustum 14 and 22.79) attests its use by Manicheans, and allusions are found in the Manichean Psalms. Attestations continue sporadically until the 9th-century Byzantine patriarch Photius (Cod. 114) and the 11th-century archbishop, Nicetas of Thessalonica, who paraphrased the work. The original composition is probably to be dated in the first half of the 3d century, slightly later than the Acts of Peter, John, and Paul, which are attested in the 2d century. Some sections, particularly the originally independent Hymn of the Pearl, presuppose conditions in the Parthian period, which ended with the establishment of the Sassanian Empire in 226 C.E. It is likely that Acts Thom. underwent redactional development, including adaptation by Manicheans, in the late 3d or 4th centuries.