The Secret Book of James 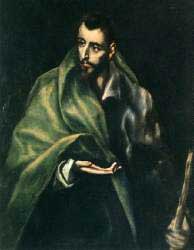 Information on The Secret Book of James

The Secret Book of James is preserved in a single Coptic copy found in Codex III of the Nag Hammadi codices. It is also known as the Apocryphon of James.

The most extensive study on the Secret Book of James is that of Ron Cameron, Sayings Traditions in the Apocryphon of James (HTS 34; Philadelphia, PA: Fortress Press 1984). The most important result of that study is the conclusion that the sayings tradition preserved in this document is independent of the canonical gospels. A more accessible study is provided by Helmut Koester in Ancient Christian Gospels, pp. 187-200.

In his introduction in The Complete Gospels, Donald Rappe notes the following on the unity of Secret James: "There are abrupt changes and inconsistencies between major sections of Secret James. Three theories, all of them plausible, have been advanced to explain this feature of the book. The first regards the letter (1:1-7) and the secret book as originally separate. The unity of the two sections, therefore, would be the work of a redactor, who in the process of editing embellished the material by enhancing the position of James. Another considers the passages on martyrdom (4:1-5:6) and prophecy (6:1-4) as secondary additions; their omission leaves a conceivably earlier document consisting of shorter sayings. A third theory views the document as the work of one author, for both the letter segment and the secret book use a rare grammatical feature, the beatitude with the verb in the future tense (1:4; 7:3; 8:3, 9). However, this could also be the work of a redactor attempting to harmonize the two sections."

In his introduction in The Nag Hammadi Library in English, Francis Williams suggests that Secret James as it stands is Gnostic in color: "It is clear that the person for whom the tractate was written made a distinction between themselves and the larger Christian church. Probably they rejected the doctrine of the atonement; they certainly ignored the second coming of Christ and the general resurrection, and hoped to ascend, in soul or spirit, to the kingdom of heaven, which they meanwhile felt to be within themselves. This outlook, together with the large amount of typically gnostic terminology in the tractate, has led most investigators to conclude that the work is Christian Gnostic, even though it lacks the Valentinian, and other well-known gnostic theologies. The reporting of a special postresurrection appearance of Jesus, and the appeal to James as a source of secret and superior tradition, are means Gnostics often used to legitimate their message."

In The Other Gospels, Ron Cameron notes that the Apocryphon of James has no continuous narrative but rather "preserves sayings, prophecies, parables, and rules for the community which are attributed to Jesus, secondarily inserted into an account of a post-resurrection appearance, and, in turn, embedded into the frame of a letter, allegedly written in Hebrew by James." Both the reference to writing in Hebrew as well as the reference to a previous letter are most likely details provided by the author merely for atmosphere. According to Cameron, the dialogue between Jesus and his disciples "seems to be a secondary literary technique." Francis Williams suggests another part of Secret James that may have been an addition: "The first and longest of the speeches, however, is a two-page exhortation to martyrdom. Its distinctive style, manner, and subject matter suggest that it may be a later interpolation."

In The Other Gospels, Cameron argues that Secret James is based on an early sayings collection on the basis of several clues: the reference to the remembrance of the sayings of Jesus points to a time when the oral tradition was still strong, the reference to "scribal production" indicates that there was not yet an established canon of gospel literature, the analysis of the individual sayings suggests that they are independent from the New Testament, and the appeal to James shows that the document comes "from a time when written traditions about Jesus were connected with the competitive claims of authority under the names of individual disciples of Jesus." Thus, Secret James can be dated to the first half of the second century, while its sources for the sayings of Jesus may go back to the first century. Cameron states that the internal evidence shows Egypt to be its provenance.