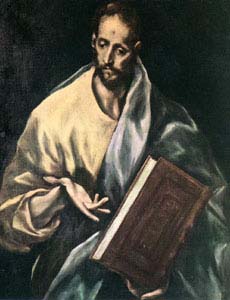 Information on the Epistle of James

Kummel presents the reasons that most scholars suspect James to be a pseudepigraph (Introduction to the New Testament, pp. 412-3):

1. The cultured language of James is not that of a simple Palestinian. Sevenster's evidence that the Greek language was much used in Palestine at that time and could be learned does not prove that a Jew whose mother tongue was Aramaic could normally write in literary Greek. Most of those who defend the thesis that James was written by the Lord's brother must assume that it achieved its linguistic form through the help of a Hellenistic Jew, but there is no evidence in the text that the assistance of a secretary gave shape to the present linguistic state of the document, and even if this were the case the question would still remain completely unanswered which part of the whole comes from the real author and which part from the "secretary."

2. It is scarcely conceivable that the Lord's brother, who remained faithful to the Law, could have spoken of "the perfect law of freedom" (1:25) or that he could have given concrete expression to the Law in ethical commands (2:11 f) without mentioning even implicitly any cultic-ritual requirements.

3. Would the brother of the Lord really omit any reference to Jesus and his relationship to him, even though the author of JAmes emphatically presents himself in an authoritative role?

4. The debate in 2:14 ff with a misunderstood secondary stage of Pauline theology not only presupposes a considerable chronological distance from Paul - whereas James died in the year 62 - but also betrays complete ignorance of the polemical intent of Pauline theology, which lapse can scarcely be attributed to James, who as late as 55/56 met with Paul in Jerusalem (Acts 21:18 ff).

5. As the history of the canon shows (see 27.2), it was only very slowly and against opposition that James became recognized as the owrk of the Lord's brother, therefore as apostolic and canonical. Thus there does not seem to have been any old tradition that it originated with the brother of the Lord.

Udo Schnelle also argues against the authenticity of James (The History and Theology of the New Testament Writings, pp. 385-386):

Nonetheless, there are weighty arguments against James the Lord's brother as author of the Letter of James. Central themes of strict Jewish Christian theology such as circumcision, Sabbath, Israel, purity laws and temply play no role in this letter. James is numbered among the few New Testament writings in which neither Israel nor the Jews are mentioned by name. The reception of Old Testament figures (cf. James 2.21-25; 5.10-11, 17-18) and also the references to the Law in an exclusively ethical context were general practices possible anywhere within early Christianity. In contrast to the Antioch incident, the problem of Gentile Christians/Jewish Christians does not appear at all in the Letter of James. The far-reaching differences in soterioogy (see below 7.1.9) indicate that the author of the Letter of James cannot be identical with James the Lord's brother, who according to Gal. 2.9 gave the right hand of fellowship to Paul and explicitly acknowledged his proclamation of the gospel among the Gentiles. In 1.1 the author designates himself douloV qeou kai kuriou Ihsou Xristou (servant of God and the Lord Jesus Christ), and in 3.1 indicates that he is an early Christian teacher. To be sure, a special position and dignity is associated with the term douloV (servant) in James 1.1., but it remains worthy of note that the author neither introduces himself as the Lord's brother nor claims the title stuloV (cf. Gal. 2.9). By including himself in the large group of early Christian teachers (cf. Acts 13.1; 1 Cor. 12.28-29), he disclaims the special authority of the Lord's brother or the three 'pillars' of the Jerusalem mother church, which were used in the Antioch conflict. In addition, James 3.1ff. presupposes an attack on the teaching office and a critical situation associated with it, which again does not correspond to the exclusive position of James the Lord's brother in the history of early Christianity.

If James the Lord's brother were the author of the Letter, then it is amazing that in James 5.10-11 it is Job and not Jesus who serves as an example of willingness to suffer. Also, the presupposed church situation and the polemic in James 2.14-26 point to a later time. The social conflicts within the community that become visible are paralleled especially in the writings of Luke, the Pastorals, and in Revelation. They are evidence of a fundamental social change that happened within the Christian community at the end of the first century. More and more wealthy people entered the church, the gulf between rich and poor church members became greater, and the debate between them grew sharper. In any case, the conflict concerning the unity of faith and works points to the post-Pauline period, as in the churches previously belonging to the Pauline mission field the unity of new being and new actions that Paul had considered self-evident came apart. The polemic of James does not fit Paul himself (see below 7.1.9), so that one must assume either that James the Lord's brother was completely ignorant of Pauline theology or that we are dealing with a debate in post-Pauline times. The deuteropaulines and 2 Peter 3.15-16 docuemnt the fact that these debates in fact took place on very different levels and with distinct emphases. If the Letter of James were to have been writen by James the Lord's brother, then it is remarkable that there is no reflection of the sharp criticism of Paul by James in the deuteropauline writings. Finally, the history of the canon speaks against James the Lord's brother as author of the Letter of James. Prior to 200 CE there is no solid evidence of the literary use of James. In the Muratorian Canon (ca. 200) James is missing, just as in Tertullian, and Eusebius (HE 2.23, 24b, 25) reports of James: 'This is the story of James. He is supposed to be the author of the first of the so-called "Catholic Letters," but let it be noted that its authenticity is doubted, since not many of the Elders have referred either to it or the so-called "Letter of Jude," which likewise has been counted among the 'Catholic Letters.' Still, we are aware that these two letters, like the others, have been read aloud in most of the churches.' The Letter of James began to be generally accepted only after 200 CE, cited for the first time as Scripture in Origen (Select Ps 30.6 [PG 12.1300]). The canonical status of James continued to be disputed, however, and did not attain general acceptance as a canonical document until very late. This would be an extraordinary development if James had really been written by James the brother of the Lord and this had been known in early Christianity.

Moral exhortation is very much the same throughout the various elements in a given culture. By the same token parenesis itself has little doctrinal concern, and James, a wholly parenetical work, has almost nothing distinctively Christian about it. Jesus Christ is mentioned only twice (1:1, 2:1), and both verses could be omitted without any harm to the flow of thought in the text. When the "coming of the Lord" is mentioned (5:7) there is nothing to denote the specifically Christian hope of the parousia; it could equally be a reference to the coming of the Lord God. "Faith" in this text is not specifically Christian faith but rather the acceptance of monotheism (2:19). These facts have led some scholars to suggest that the text is a Jewish homily lightly Christianized. But a number of features seem to speak of a Christian origin, especially the evidence of contacts with Christian parenetical tradition already noted and the discussion of "faith and works" in 2:14-26. The latter seems to presuppose an awareness of Paul's teaching in Galatians 3 and Romans 4.

The fact that the author calls upon the authority of James the brother of the Lord, who died c. 62 CE, and the debate concerning faith and works suggest the period immediately after James and Paul, in the last third of the first century.