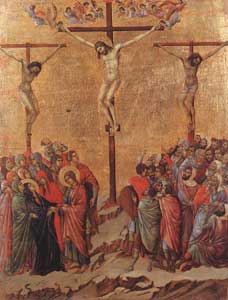 Information on the Passion Narrative

The existence of a pre-Markan passion narrative has been challenged. The assumption of a pre-Markan passion narrative has been undermined by studies that aim to show that the final three chapters of Mark contain themes developed throughout the Gospel. In The Passion in Mark, Donahue, Robbins, Kelber, Perrin, Dewey, Weeden, and Crossan interpret the passion narrative with the use of "hermeneutical clues" provided in the first thirteen chapters. (p. 153) Kelber states the conclusion to be drawn: "The understanding of Mk 14-16 as a theologically integral part of the Mkan Gospel calls into question the classic form critical thesis concerning an independent and coherent Passion Narrative prior to Mk. Thematically, it is difficult to identify a major non-Mkan thrust or theme in Mk 14-16, let alone extrapolate a coherent pre-Mkan source." (op. cit., p. 157)

Nevertheless, the idea of a pre-Markan passion narrative continues to seem probable to a majority of scholars. One recent study is presented by Gerd Theissen in The Gospels in Context, on which I am dependent for the following observations.

Theissen begins his discussion by observing that there lies behind Mark a narrative that presupposes a chronology that corresponds to the one found in John, in which Jesus dies on the preparation day before the Passover. Theissen states (pp. 166-167):

In my opinion, in Mark we can discern behind the text as we now have it a connected narrative that presupposes a certain chronology. According to Mark, Jesus died on the day of Passover, but the tradition supposes it was the preparation day before Passover: in 14:1-2 the Sanhedrin decided to kill Jesus before the feast in order to prevent unrest among the people on the day of the feast. This fits with the circumstance that in 15:21 Simon of Cyrene is coming in from the fields, which can be understood to mean he was coming from his work. It would be hard to imagine any author's using a formulation so subject to misunderstanding in an account that describes events on the day of Passover, since no work was done on that day. Moreover, in 15:42 Jesus' burial is said to be on the "preparation day," but a relative clause is added to make it the preparation day for the Sabbath. Originally, it was probably the preparation day for the Passover (cf. Jn 19:42). The motive for removing Jesus from the cross and burying him before sundown would probably have been to have this work done before the beginning of the feast day, which would not make sense if it were already the day of Passover. Finally, the "trial" before the Sanhedrin presupposes that this was not a feast day, since no judicial proceedings could be held on that day. It would have been a breach of the legal code that the narrator could scarcely have ignored, because the point of the narrative is to represent the proceeding against Jesus as an unfair trial with contradictory witnesses and a verdict decided in advance by the high priests.

The inspiration for the subsequent discussion comes from the suggestion of R. Pesch that the passion narrative must have been written before 37 CE because "the high priest" is mentioned without any name. Although this argument is not secure, given the counter-example that the pharaoh in the exodus story is not named either, it leads Theissen to undertake a comprehensive evaluation of the way in which people in the story are mentioned.

Theissen finds another reason for the anonymity of the high priest; it was not necessarily for the reason that the writing took place before 37 CE. Rather, during the period between 30 and 70 CE, "there was no time when Caiaphas and his family were not powerful" (p. 173). For this reason, reasons Theissen, "Traditions circulating in their sphere of influence were well advised not to mention their names in a negative context" (p. 173). By contrast, as shown by Philo and Josephus, Pilate "was the subject of more negative tradition than many other prefects and procurators," and so the creators of the original passion narrative had no reason not to mention Pilate by name and to place blame upon him. This situation is changed in the period after the First Jewish Revolt in the writings of Matthew and Luke, in which Pilate is exonerated and the high priest is named without hesitation.

On the naming of people by place of origin (14:67, 14:10, 14:70, 15:21, 15:40, 15:43), Theissen states: "The mention of places of origin presumes that the places named have a differentiating character for the traditionists and the audience - that is, they must be recognizable as alternatives to other place names that are approximately as well known. Towns such as Nazareth, Magdala, and Arimathea are on about the same level as far as their degree of recognition is concerned: outside Palestine there would not be a soul who would have the faintest idea whether they were. . . . The combination of local and extraregional horizons would be readily imaginable in a major Palestinian city, and especially in Jerusalem, where Jews from Cyrene are expressly mentioned (Acts 6:9)." (p. 179)

Theissen indicates another consideration: although identification was most commonly made by way of fathers, there is no case in the passion account in which a person is identified by patronymic, even though more people are identified here than anywhere else in the synoptic tradition. Theissen states, "If we include the fact that the first Christians often joined the followers of Jesus after making a radical break with their parents and leaving the family home (cf. Mt 8:20-21), it is plausible that fathers became less important as points of identification" (p. 180).

Concerning the story of Barabbas, Theissen comments, "the text speaks quite simply of 'the rebels,' who were taken prisoner during 'the insurrection.' . . . We can only suppose that the text was composed before the next great uprising; after that, the author would have 'historicized' the account by distinguishing the previous 'stasis' from the more recent one. The next unrest with bloody clashes that struck Jerusalem was the apperance of Theudas under Cuspius Fadus (44-45 C.E.; cf. Acts 5:36, Ant. 20.97-98)."

It seems to me that the narrative motive for this anonymity is not hard to guess: both of them run afoul of the "police." The one who draws his sword commits no minor offense when he cuts off someone's ear. Had the blow fallen only slightly awry, he could have wounded the man in the head or throat. This blow with a sword is violence with possibly mortal consequences. The anonymous young man has also offered resistance. In the struggle, his clothes are torn off, so that he has to run away naked. Both these people were in danger in the aftermath. As long as the high priest's slave was alive (and as long as the scar from the sword cut was visible) it would have been inopportune to mention their names; it would not even have been wise to identify them as members of the early Christian community. Their anonymity is for their protection, and the obscuring of their positive relationship to Jesus is a strategy of caution. Both the teller and the hearers know more about these two people. Only they could tell us who they were, whether Peter was the one with the sword, whether both are the same person, and whether reference was made to them in order to make the story of Jesus' end more credible. All that will have to remain closed to us.

Nevertheless, on this basis, it is made plausible that the anonymity of these characters is for the sake of prudence. Similar examples are cited from antiquity. Theissen tells us about Justin Martyr, who relates a tale about a respectable Christian woman who divorced her husband, who in turn denounced her as a Christian. She received a delay in her trial from the emperor, but her Christian teacher and two others who protested the sentence were put to death. Justin tells us the names of the two martyrs but conceals the name of the woman as a point of tact. Theissen also indicates that Josephus, in his story about three crucified men whom Josephus was able to get taken off their crosses, chose not to relate the names of these three men. Thus, the passion narrative could be a similar case.

Theissen writes: "If we are correct in our hypothesis of protective anonymity, the location of the Passion tradition would be unmistakable. Only in Jerusalem was there reason to draw a cloak of anonymity over followers of Jesus who had endangered themselves by their actions. The date could also be pinpointed: parts of the Passion account would have to have been composed within the generation of the eyewitnesses and their contemporaries, that is, somewhere between 30 and 60 C.E."

Although any one of these lines of evidence could be dismissed as coincidence, Theissen manages to create a series of plausible connections that make a case as a whole for the existence of an early pre-Markan passion narrative.