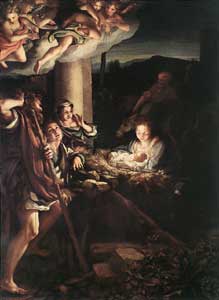 Information on the Infancy Gospel of Thomas

Then there is the Infancy Gospel of Thomas, which purports to describe the doings of Jesus in his boyhood. Jesus proves to be an infant prodigy at school, instructing his teachers in the unsuspected mysteries of the alphabet; he astounds his family and playmates by the miracles which he performs. This is the document which tells for the first time the familiar tale of the twelve sparrows which Jesus, at the age of five, fashioned from clay on the sabbath day.

In The Other Gospels, Ron Cameron suggests that the Infancy Gospel of Thomas may have been written in eastern Syria, the location of the Thomas traditions, although Cameron states that attribution to Thomas "seems to be a secondary, late development." The original language of the document may have been either Syriac or Greek. The Greek manuscripts date from the fourteenth through the sixteenth century, while the earliest manuscript is a sixth century one in Syriac. Cameron thinks that the longer Greek recension more accurately preserves the text.

The Infancy Gospel of Thomas relates the miraculous deeds of Jesus before he turned twelve. According to Cameron, it "carries forward the aretalogical tradition of the gospels, expanding it to include an enumeration of miraculous feats performed even while Jesus was a mere infant." Cameron identifies the Sitz im Leben of the gospel to be "Christian missionary propaganda" in exalting Jesus over and against other "divine men" and "all other religious and political leaders within the Greco-Roman world." There is nothing particularly Christian about the stories attributed to Jesus; rather, the stories elaborate on the missing years of Jesus with reference to Hellenistic legend and pious imagination.

In The Complete Gospels, Harold Attridge considers whether the Infancy Gospel of Thomas contains docetic or Gnostic teachings. Attridge states: "While Gnostics may have been able to interpret stories in Infancy Thomas for their own ends, it is unlikely that they originally composed the work with the aim of propagating their theological positions."

Thus, while our present Infancy Gospel of Thomas may have been expanded over time, the original must have been written sometime in the middle of the second century.